Coach Lucky is a Houston native who started his baseball career in Northeast Houston at the age of 9 years old.  He earned All-District honors during his high school career at M.B. Smiley High School and a baseball scholarship to Huston-Tillotson College in Austin, Texas.  Coach Lucky played four years at Huston-Tillotson and earned a Bachelor's Degree in Business Administration.  His college baseball honors included: 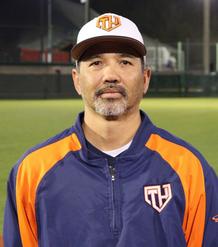 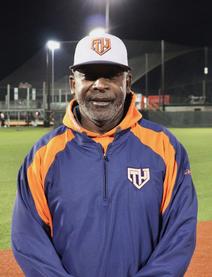 Mike Jackson is a former professional baseball player who was born in Houston, Texas and attended Forest Brook High School.  He later attended college at Hill College in Texas.  He was drafted in 1984 by the Philadelphia Phillies.  Coach Mike's professional career spanned 19 seasons, 16 of which were spent in Major League Baseball.  Coach Mike, who was a relief pitcher for the majority of his career, compiled a career ERA of 3.42 in over 1,000 games pitched.  He established himself as a top relief pitcher in 1995 with the Reds.  He pitched in the 1997 World Series for the Indians, and retired from baseball in 2005 after one-year stints with the Astros, Twins, and White Sox.  Today, Coach Mike shares his experience and pitching expertise with youth baseball players in the Houston area through individual and group pitching lessons and as an assistant coach for Team Houston. 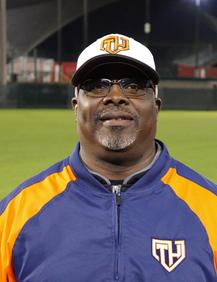 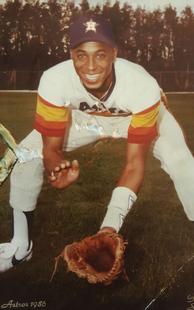 Delon is a native from Spring, Texas and a 2010 graduate of Klein High School. Deleon played baseball for the Klein Bearkats for 4 years under Coach Barry Smith, where he was a pitcher, third baseman, and designated hitter. He was a member of the 2010 Klein team that blazed their way to the 2010 5A State Championship Tournament. Deleon attended Prairie View A&M University on a baseball scholarship and earned his Bachelor of Science in Architecture in 2014. As a member of the Prairie View A&M University Baseball team for 4 years, DeLeon was an integral part of the pitching squad. As a standout pitcher, DeLeon was named Freshman Baseball Athlete of the year in 2011 and helped the Panthers as they won the 2012 SWAC Championship as well as the 2013 SWAC Conference finalists.

Charlie is a 1985 graduate of Castle High School in Hawaii. In Hawaii, he led his team in stolen bases 2 years in a row, 26 stolen bases in the first year and 24 in the second, with a speed of 6.8 in the 60 yard run. Charlie attended the University of Hawaii and HCC where he graduated with a aeronautical degree and with a mechanics license (air frame and power plant). In 1989, he started working on airplanes and currently works for United Airlines. In 2008, Charlie started coaching youth select baseball in his spare time and never looked back. Over the past 9 years he has coached with the Diablos, the Kings, the Houston Lumberjacks, the Dynasty Jacks, South Texas Prodigy, and now Team Houston. Charlie has won over 38 championships and 13 runner ups in 3 states with an overall record of 328 wins and 131 losses.

SHANE HOLMAN was born and raised in Houston, TX, and played High School baseball at Mac Arthur High School. Shane was a multi-sport athlete and lettered for 4 years as a 3rd baseman, with two All-District team selections and one All-State nomination. After graduating from Mac Arthur in 1994, he went on to play Stan Musial Summer ball, a local summer league before entering into college. He then went on to play for Lone Star Community College before he was forced to give up the baseball due to injury.  After his college career was over, he finished his Bachelor’s Degree at Sam Houston State University, graduating in 2001 with a Bachelor of Business Administration. He is currently a Sr. Director-Project Manager for Harris County where he’s worked for 25 years.

SHANE is currently the 13U Coach for Team Houston, and he also coaches the Klein Collins High School Prep Team. Previous experience includes serving as Vice President of the local Little League (NW45) to Managing/Coaching travel team South Texas Prodigy. Prodigy Baseball was established in 2013 and by 2015 ages 12 & 13 were ranked among the top 5 nationally. South Texas Prodigy amassed numerous major championships some more notable from 11u & 12u State, 11u National and 9U & 13u-World Series. Shane accumulated approximately 7 years of coaching experience for ages ranging from 8u to 16u.

Coaching Philosophy- I like to set expectations, achievable attainable objectives, and goals. I emphasize working hard and I truly believe it’s not all about what you do during the game more so what you do before and after the games, when no one’s watching......doing the small things, having pride and integrity, all help to develop these young men to maximize their potential.

Ken Lewis was also born in Houston, Texas and attended Forest Brook High School.  He was drafted out of high school in the 5th round of the 1983 MLB June Amateur Draft by the Philadelphia Phillies organization as a 2nd baseman.  Like Coach Lucky and Mike Jackson, Coach Ken is a product of North Forest ISD in Houston.  Coach Ken has coached Select baseball for the past 13 years with the Houston Jaguars Baseball Academy.  He is a student of the game and specializes in developing hitters and catchers through private instruction.  As an assistant coach for Team Houston, Coach Ken works with players to develop their skillsets while also focusing on the mental aspects of the game of baseball.

Coach Lucky started his coaching career in 1989 at Anderson High School in Austin, Texas.  A few years later he moved home to Houston and volunteered as a part time assistant coach at Forest Brook High School where he worked with infielders and base runners.  In 2008, Coach Lucky started coaching youth Select baseball and never looked back.  Over the past 11 years he has coached the Houston Lumberjacks, Dynasty Jacks, Negro League Legends, and is now focusing on Team Houston.  His teams have amassed over 50 championships in 6 states and were ranked nationally in the top 10 twice.

Coach Lucky's intense passion for the game has earned the respect and admiration of parents, coaches, scouts, and directors across the country. 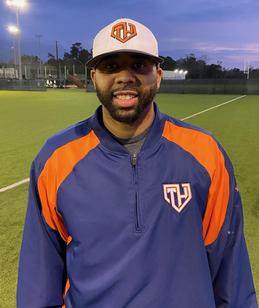 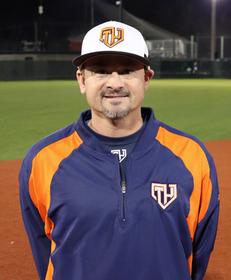 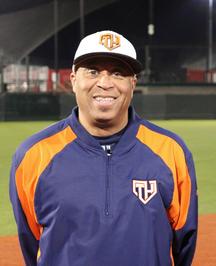